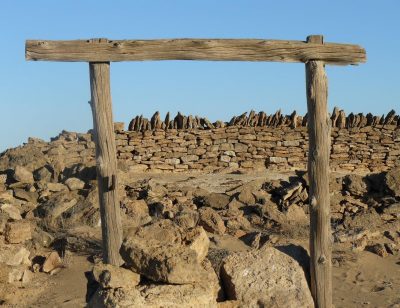 Members may recall that the Department of Environment, Water and Natural Resources (DEWNR) initiated a project in mid-2013 to develop clearer ideas about the management of mound springs in South Australia. This project – over three years and funded through a $1million Commonwealth Government grant – is known as the Desert Jewels Project and FOMS has been a partner throughout. The project is now in its final year.

A particular interest for FOMS has been the proliferation of reeds (Phragmites) at many springs that have been protected from grazing impacts. This proliferation has been to the apparent detriment of other wetland species and FOMS has been keen to see active management trials undertaken with the aim of restoring greater habitat diversity at springs affected by Phragmites. Two springs – the Fountain on the Peake pastoral lease and Beatrice Spring on Finniss Springs – have been selected for burning trials and DEWNR’s project team has obtained clearance from the local Arabana people for the burns to be undertaken. The Arabana will assist with the trial burns so that they mimic traditional burns as much as possible.

The trial burns at the Fountain and Beatrice were planned for March 2016 but heavy rains in the area during that month have led to their deferment. Weather permitting, the trial burns will take place shortly.

A second focus for FOMS in the Desert Jewels project has been the fencing of additional spring areas. At Billa Kalina Station, a spring will be fenced in a configuration that will allow part of the spring wetland to be grazed by cattle in a controlled manner. Another part of the fenced spring will remain ungrazed to provide a comparison in terms of grazing impacts.

DEWNR has purchased and delivered the required fencing materials and Billa Kalina manager Colin Greenfield will erect the fence.

Fencing of Levi Springs on the Peake is also planned. FOMS originally hoped to fence Levi Springs within one enclosure of about 1.5 square kilometres, in a configuration that would also include the impressive rock formations at this site. However, following an inspection of the site with representatives of the local Arabana people and further consultation with the Arabana Directors’ Group, it has been agreed that fencing will be limited to the springs and their immediate environs.